At the Gift Wrap Booth, mall-goers who have their gifts wrapped are encouraged to provide cash donations for the service.  All proceeds benefit the Children's Inn of Sioux Falls, which provides free services to victims of domestic violence and child abuse & neglect.

During the three-hour shift, the four Redstone volunteers wrapped approximately 110 gifts and were honored to work alongside others from the community in supporting such a worthy cause.

Teenager Maddie Havlin (daughter of Redstone Team Member, Sarah Havlin) was one of Redstone's volunteers and enjoyed wrapping the various gifts.  Following the event, Maddie said, "It felt good to contribute to a great cause.  I had a fun time, and it went by quickly."

Volunteers from Redstone hope to participate in this event again in 2022! 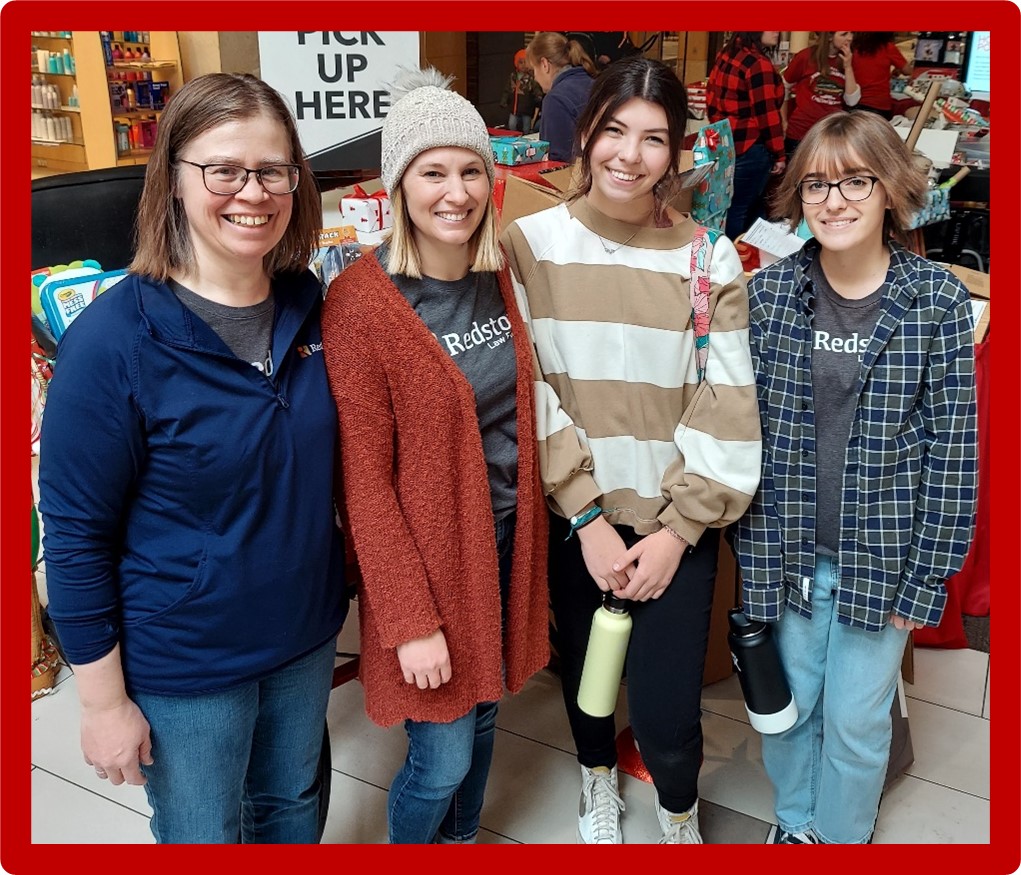