On July 29, 2021, several members of the Redstone Team joined together to "make it better" by beautifying one of Sioux Falls' favorite parks. That Thursday evening, Redstone's volunteers gathered at Yankton Trail Park, which is like the "backyard" to Redstone's new office location. Several volunteers headed east while others headed west, picking up any garbage on or near the bike trail, dirt trails, and inside the park itself.

Amy Carlisle, a member of the Redstone Team who coordinated the event, said she had a lot of fun volunteering. "I really enjoyed beautifying the park, and it felt very rewarding. Many of the bikers and runners passing by showed tremendous gratitude, thanking me as I picked up the garbage. Usually our volunteer events take place indoors so being outdoors was a treat. I'm very happy we volunteered, and I could definitely see myself doing this again, either as a group or by myself."

One thing each of the volunteers noticed is the well-maintained condition of Yankton Trail Park. Following the volunteer event, Matt McCaulley, one of Redstone's partners, commented that he was "impressed the park was super clean, and that the City of Sioux Falls and the many people who use it are doing a great job of keeping it clean."

Redstone hopes to repeat this event, likely in the fall and at a different location along the trail. The park system is so significant to the Sioux Falls community, and this is a simple way to make a notable impact. Feel free to stop and say hello if you see us! 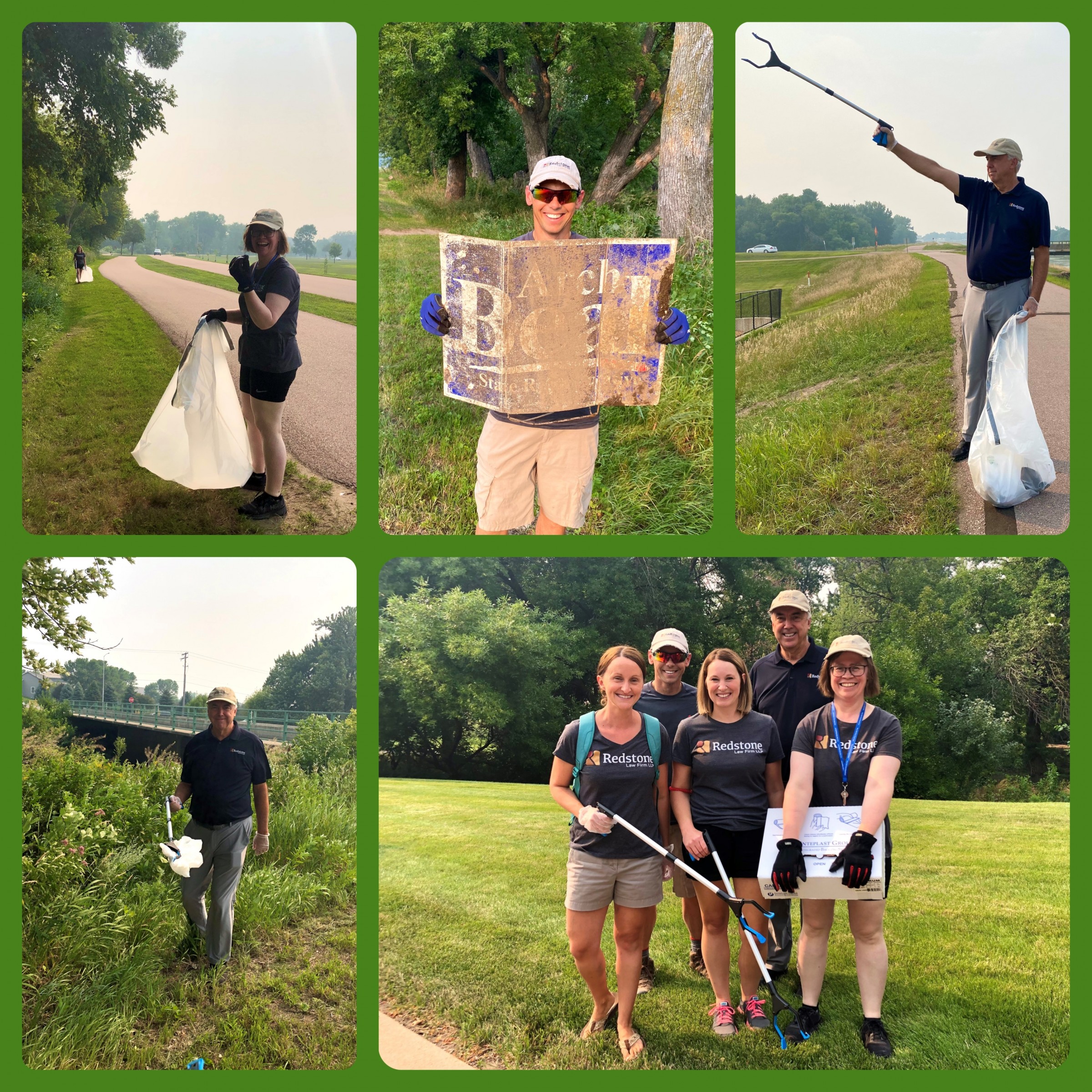