14,400 children die every day from malnutrition/starvation/hunger-related diseases.  The solution is a revolutionary food package that has been developed by some of the world's leading food scientists at Cargill, Pillsbury, General Mills and ADM.  Each package provides 21 vitamins and minerals, and contains six servings of the dehydrated food, which when boiled, will serve six children and provide all the vitamins and minerals they need for a day.  It provides not just a meal - but better health to starving children around the world as well as the hungry here at home in South Dakota.  All for the low cost of 25 cents per serving ($1.50 per package)!

Kids Against Hunger was started by Richard Proudfit.  In 1974, Proudfit went to Honduras as a volunteer following a devastating hurricane that hit the country.  Profoundly affected by the starvation he saw among the children of that country, he made a conscious decision to commit his life and financial resources towards the enormous problem of world hunger.  His tireless relationship building resulted in a world-wide network of organizations that can successfully distribute the food under the worst conditions.  Richard Proudfit’s legacy lives on today to end world hunger through the network of Kids Against Hunger.

Diane Burns, one of Redstone's Legal Assistants, said that "It was fun to work together with the Redstone Team to package meals for starving kids both around the world and at home.  I can't even imagine what it must be like to be a kid trying to learn in school when you may not have eaten for a while or know when your next meal is going to come."

The Redstone Team volunteers multiple times throughout the year at different events.  Redstone plans to volunteer at Kids Against Hunger again in the future. 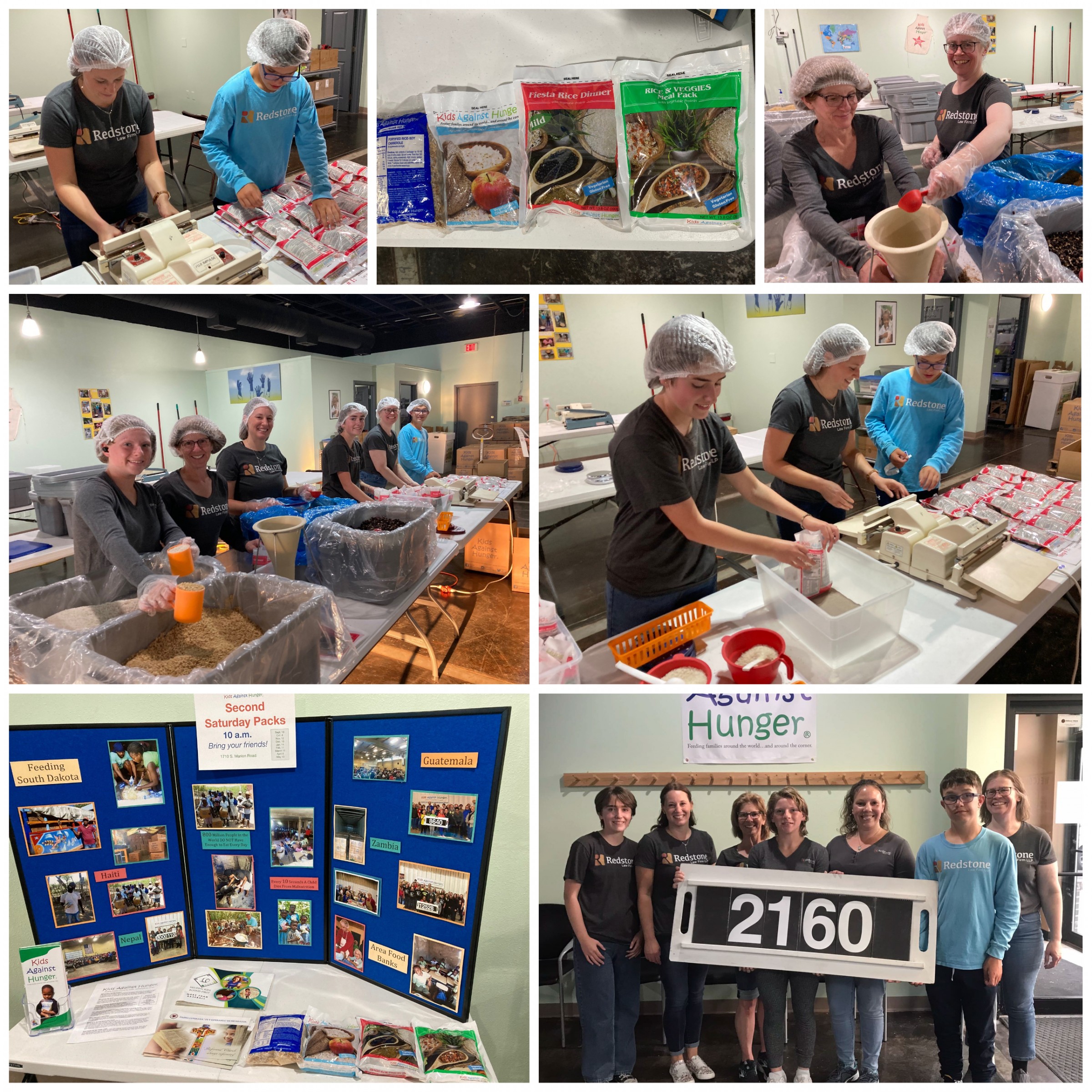