The Redstone Team has been busy this winter helping to "make it better" in our community! Several Redstone employees donated their time to two worthy causes this December: The Children's Inn Gift Wrap Booth and Project Warm-Up.

On Sunday, December 8, a small group of Redstone employees donated their time by wrapping gifts at the Children's Inn Gift Wrap Booth at the Empire Mall. During the two-hour shift, the three Redstone volunteers wrapped approximately 15 gifts. Customers who had their gifts wrapped were encouraged to provide cash donations for the service. All proceeds benefited the Sioux Falls Children’s Inn. This was the third year that Redstone participated in this worthy cause.

Diane Burns, a Redstone employee, has participated in this event several years in a row. When asked about the event, she said, "Volunteering at the Gift Wrap Booth always gets me in the Christmas spirit. I enjoy donating my time for such a worthy cause, and it warms my heart when people donate more than the suggested amount."

Then on Saturday, December 14, another small group of Redstone volunteers participated in the 14th Annual Project Warm-Up at Sonja Sotomayor Elementary School. At this event, the Redstone Team joined approximately 400 people in the biggest blanket-making party in the city by cutting and tying blankets for local children and families in need. Over the past 13 years, Project Warm-Up has created and distributed over 22,000 blankets. At this event, the Redstone Team completed four blankets.

Many children and young adults attended the event. Teenager Maddie Havlin (daughter of Redstone Team Member, Sarah Havlin) was the youngest of Redstone's volunteers. She enthusiastically helped make the blankets by choosing the fabric patterns and cutting and tying the blankets. Following the event, Maddie said she had a fun time. She went on to say, "I'm happy that I did it and am glad that I made blankets for people who need them."

Volunteers from Redstone hope to participate in both events again in 2020! 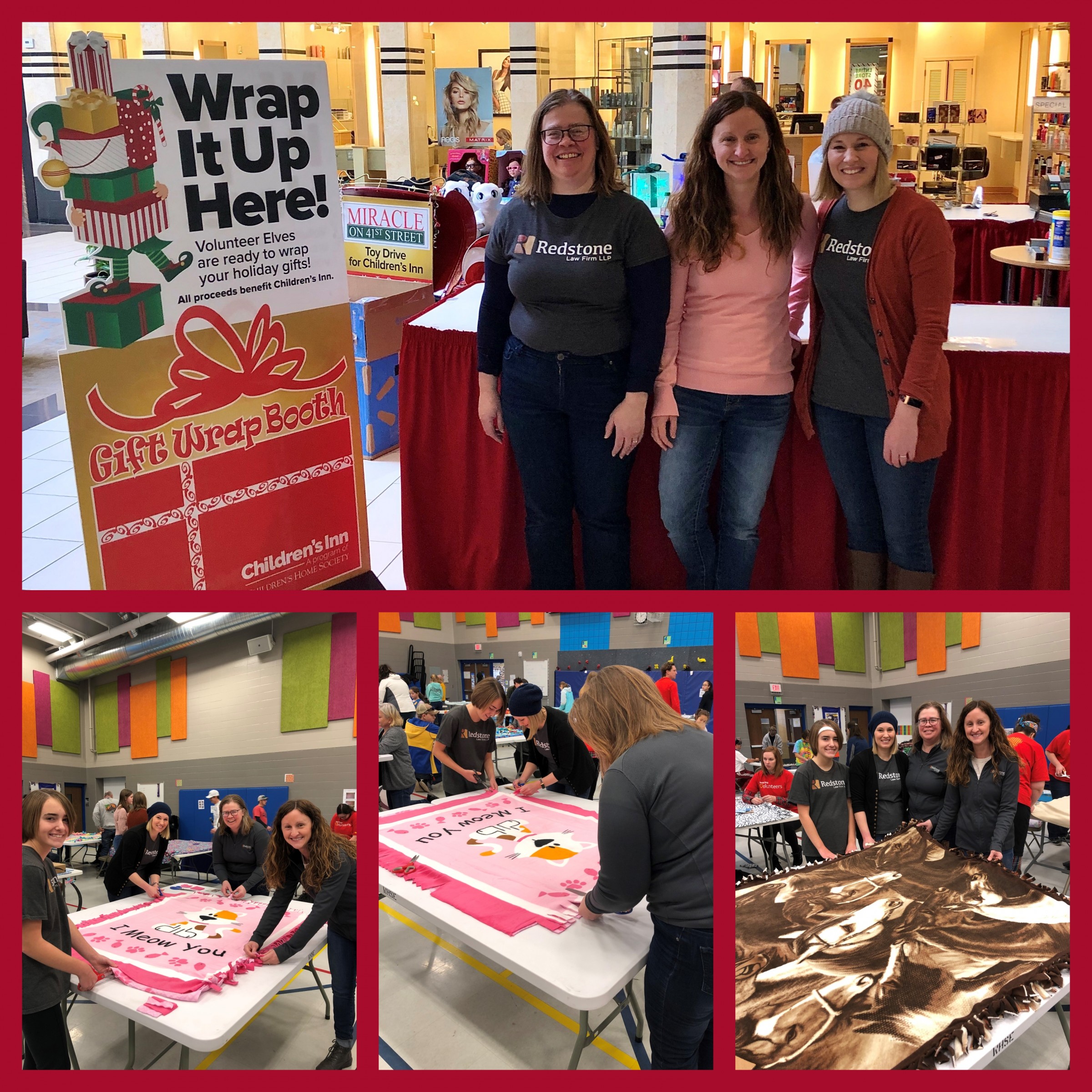